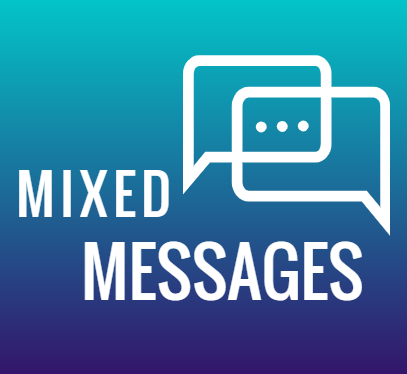 Bankruptcy edges ever nearer. Accused abusers concelebrate. An abuser-priest sexually harasses and retraumatizes a victim-priest. A bishop’s “efforts fall short or fail miserably,” to use his own words.

And it’s only Tuesday.

Like many people, I’ve been doing a lot of thinking about the St. Leo’s fiasco*. I’ve posted many of those thoughts on social media. Tonight I want to share a deeper reflection with a focus on Monday’s mixed messages of which there were so many I must organize them within categories.

Mixed Message to the Priests

We know that at least 4 “credibly accused” priests concelebrated at yesterday’s Mass with Bishop Scharfenberger’s approval: Gresock, Ingalls, Maryanski and Wolski. All four of these priests’ cases are going to Rome and Ingalls’ is already there. (According to the Diocese’s online record, which can be accessed by clicking here.)

A case “goes to Rome” after the local bishop and review board finds a claim or claims of abuse against a priest to have “a semblance of truth.” The case is sent to the Congregation for the Doctrine of the Faith, which is commonly known as the CDF. The oldest of the nine congregations of the Roman Curia, the CDF is separated into four distinct offices: doctrinal, disciplinary, matrimonial and clerical. That disciplinary office is the one which investigates grave delicts – the most serious crimes in the Church such as those that violate the Holy Eucharist or the seal of confession plus sexual crimes committed by clerics against minors.

Once the case lands in the CDF, it will likely sit there for a while. In 2019, there were a record 1,000 cases submitted to the CDF and yet that number still seems slight considering the scope of this worldwide abuse scandal. Eventually the case documents will be reviewed by CDF officials who will instruct the local bishop on his next steps: a tribunal trial on the local level, an administrative penal process, or a trial in the office of the CDF.  A common result of this cumbersome process is dismissal from the clerical state, which is properly referred to as laicization. The priest can appeal this penalty in which case the matter would go back to the CDF, which makes the final decision.

In my informed opinion, these 4 priests are serious candidates for laicization.

These 4 priests know their cases are in Rome.

They know (or should know) that they are facing potential laicization.

And their bishop invites them to concelebrate with him and their brother priests.

What are they to think? That having your case “go to Rome” isn’t that big a deal? That they might as well not worry too much about that whole laicization business?

And what do the other priests think?

They know these guys’ cases are in Rome and laicization looms.

Yet here they are concelebrating with the Bishop and, in Maryanski’s case, wearing clerical attire, which is a direct violation of his decree of administrative leave.

Such behavior and allowances would suggest that all is well and that, in private at least, CDF investigations are nothing to be too concerned about. We know all too well that things being okay/allowed/ignored “in private” is a huge reason we’re in this mess to begin with.

Several priests have privately expressed their surprise at yesterday’s concelebration situation. These kind of mixed messages enable the abusers and confuse the rest of the presbyterate.

Mixed Messages to the People of the Diocese of Buffalo

In Bishop Scharfenberger’s press release today, which can be viewed in its entirety by clicking here, he states that he and the priests were gathering in a spirit of “prayer and penance.” He also notes that the gathering “had as its emphasis the need for true personal remorse and penance.”

But if this was indeed a penitential gathering in the face of bankruptcy, why did a catered lunch need to be served on real plates accompanied by both red and white wine?

I did some calculations based on menu details I received, the number of priests in attendance and the catering prices of the restaurant used**. A very low estimate is that the lunch for priests cost at least $2,725.00. Most likely it was closer to $3,500, but I can’t prove that.

Was this necessary, penitential or prudent? I think not.

I am not saying that the priests should have had peanut butter & banana sandwiches and chocolate milk… although I’m pretty sure that’s the lunch of champions.

But red and white wine, fancy chicken cutlets and grilled asparagus? Not exactly in keeping with the spirit of penance that Bishop Scharfenberger suggested so strongly in his statement.

The gathering at St. Leo’s occurred the very day after Bishop Scharfenberger was at St. Mary’s in Swormville in an attempt to cajole the parishioners there into handing over their sizeable parish assessment, which they’ve been withholding due to the abuse scandal. What is the Diocese doing with that assessment money? Paying for unnecessary luncheons, perchance?

The people of the diocese are well aware that bankruptcy is going to happen. Scharfenberger has made it quite clear that it is a matter of when not if. So he holds a meeting to prep the priests for bankruptcy and offers them a fancy lunch at the same time? The diocese is facing such debt that they have to “reorganize” through a bankruptcy filing yet they decide to spare little expense when catering a lunch? Talk about mixed messages!

Another mixed message: the abusive priests are the reason why the diocese is going to file for bankruptcy!! Their CRIMES are finally going to COST the Diocese something that MATTERS to them. (The lives, souls and well being of survivors have never seemed to matter much to the Diocese or the Church as a whole.)

Yet those same priests whose crimes are causing bankruptcy were concelebrating at this Mass of “remorse” and enjoying this “penitential” lunch!

Mixed Messages to the Survivors of the Diocese of Buffalo

Bishop Scharfenberger talked about survivors a lot in his statement today:

Constant preoccupation? In my experience, the constant preoccupation at the Chancery is on assets and reputation with a side concern for ensuring that retirement parties have full bars. I have seen precious little to suggest that much has changed in that regard.

Bishop Scharfenberer also mentioned his favorite motif – the diocese as family. He relies very heavily on this imagery in all of his remarks. Today he said “As a family we want to find ways to overcome what fractures us.” He has previously talked about his belief that “our victim survivors are our family.” Gosh, that sure sounds swell. But let’s see how this episcopally-favored analogy tracks in reality.

If the Diocese of Buffalo is a family, that means the following is true:

For decades, the heads of the family continued to be aware of this “problem,” but did nothing to stop the abuse, help the hurting, or seek justice against these criminal acts. Instead, they moved the criminal family members around in the hopes that the “problem” would go away or they would “get better.”

Many if not most of the abused family members eventually became former family members. They came to the painful realization that the family did not care about them and treated them like the problem instead of dealing with and prosecuting the real problem in their midst.

So now the heads of the family are finally trying to figure out what to do about this “family problem” because the actions of the criminal family members are finally having repercussions. Money has become a constant topic of family discussions, but the heads of the family don’t want to talk about the real source of the problem: the criminal family members.

TELL ME AGAIN HOW THIS IS A FAMILY???

The only family that comes to mind is the kind that specializes in cement shoes.

Many survivors have commented that Bishop Scharfenberger’s “family” mantra is painful to them. We Are Family is a great song for weddings, but it is simply not appropriate in this setting. Survivors are often estranged from their families because of the abuse they suffered. Most survivors are estranged from the faith family in which they were baptized and educated because any association there is traumatizing and triggering. It is not actually good for their mental, emotional or physical health for them to be “part of the family.” Talking about family in this context only adds to survivors’ pain rather than alleviating it.

In addition, it is important to note that most sexual abuse occurs within actual families, which makes the family analogy even more challenging and ill-advised.

Finally, “we are family” is a classic mixed message in this context. It sounds good, but it is contradictory and inconsistent. Sure, we’ll treat survivors “like family” at a Symposium when the media and powerful people are watching, but when they call up the Chancery to ask a question, they’ll get put on the voicemail circuit indefinitely. Sure, we’ll talk “survivors as family” to journalists or to parish groups because it sounds good, but this happy talk is hollow and very often hurtful.

My heart is heavy tonight as I write these words. I hardly slept last night because my heart physically ached for Stephanie McIntyre, a victim of one of the concelebrating priests, Father Ryszard Biernat, who was harassed by his priest-abuser after that now infamous Mass, and for the entire survivor community.

Because you know what IS a family?

The survivor family sticks together and sticks up for each other.

If one survivor is struggling, the rest of the survivor family genuinely suffers with them.

If one survivor is under attack, the survivor family kicks into gear in order to support, defend and respond.

If a survivor is feeling down, their survivor family is there to lift them up.

Survivors stick together, support each other and truly survive together.

If Bishop Scharfenberger wants to use a family model for our Diocese, he should look to a family that has no mixed messages:

**I saw the catering truck when we were protesting and that restaurant conveniently provides their catering menu and prices on their website.